Bachelor Controls (BCI), a leading provider of control systems integration solutions, has specialized in batch solutions since 1983 and is a premier batch integrator. The company also has extensive experience in process solutions which include cooking extrusion for food and pet food, distillation, modified starches, and more.

The company was founded as Bachelor-Wenger, Inc. in June of 1983 by M. Ray Bachelor, G. Jean Bachelor, Betty Wenger, and Rodney Wenger. The first location was in a workshop located on the Wenger home property north of Sabetha. In April of 1984, the property at the current Sabetha address was purchased and the company relocated to the 123 N. Washington address.

BCI is committed to a disciplined, structured methodology which we have found produces consistent, quality performance. 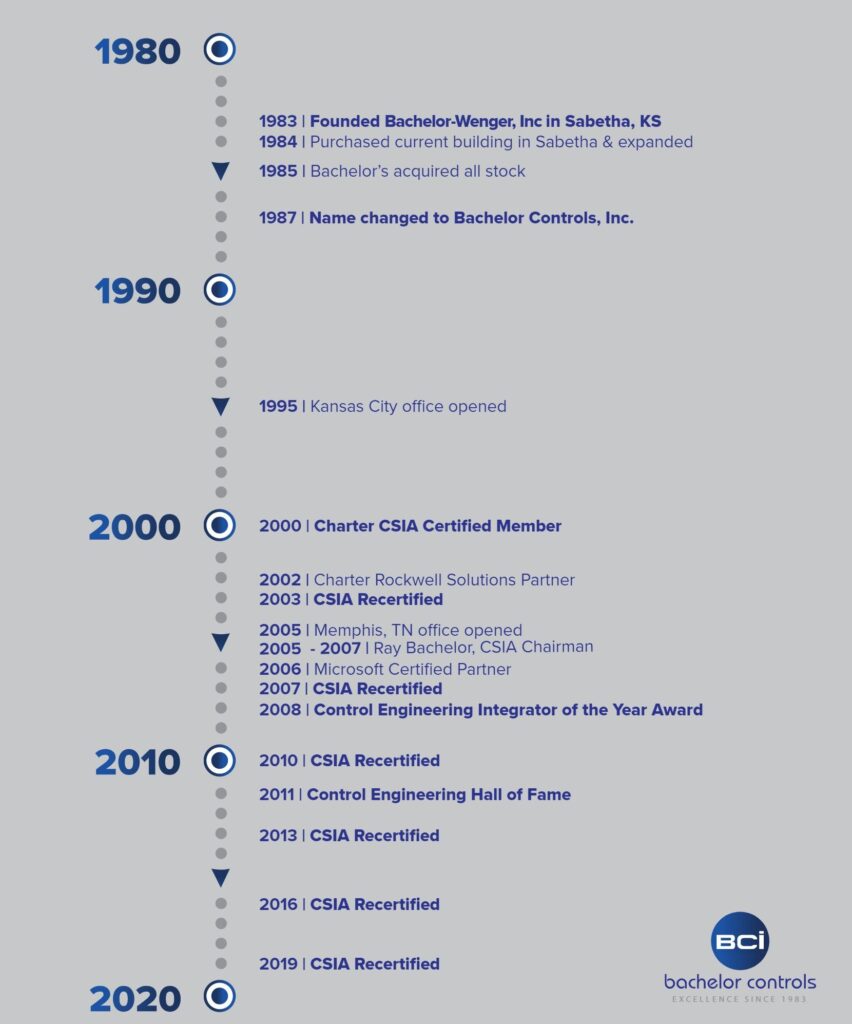